The production of electricity and coal

The anomaly of the Italian case 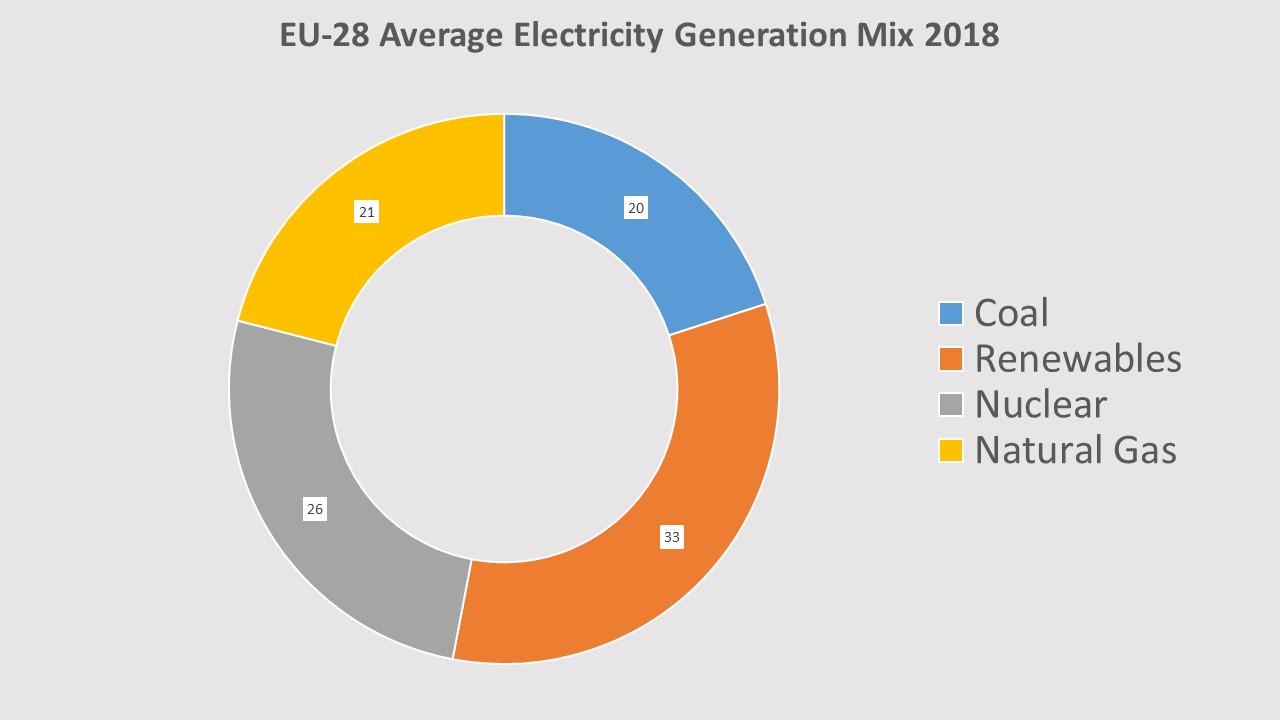 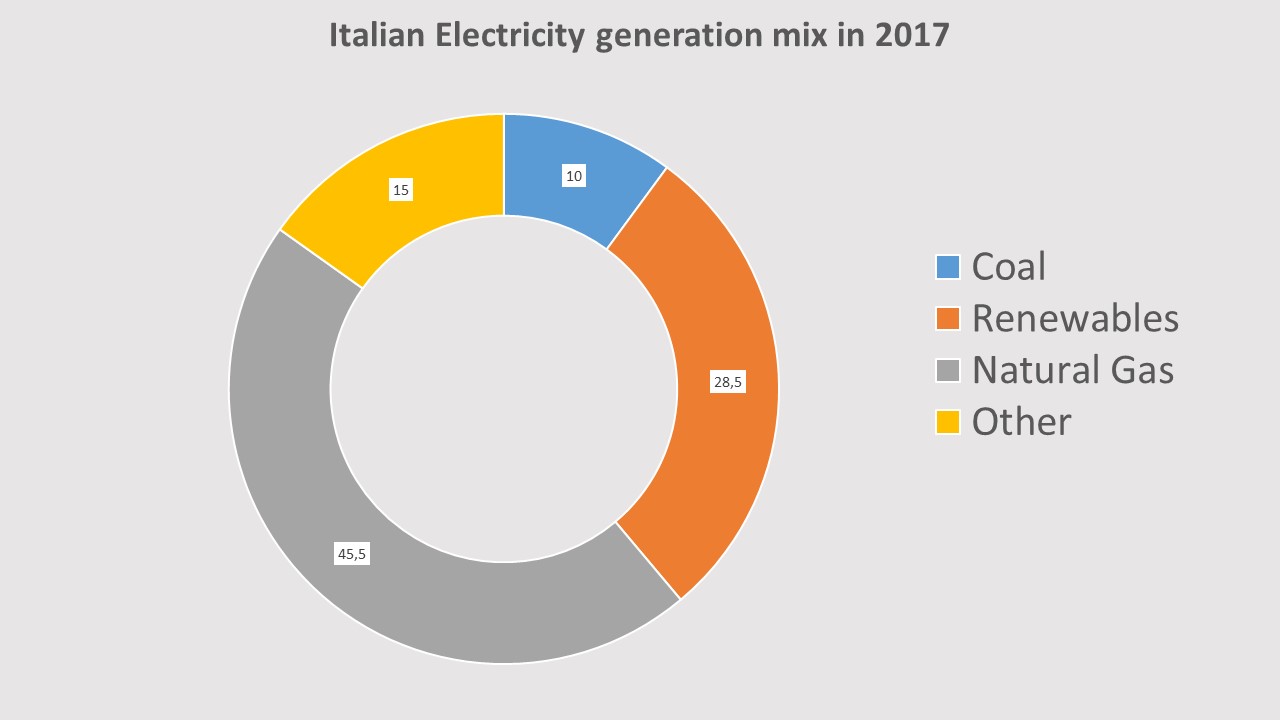 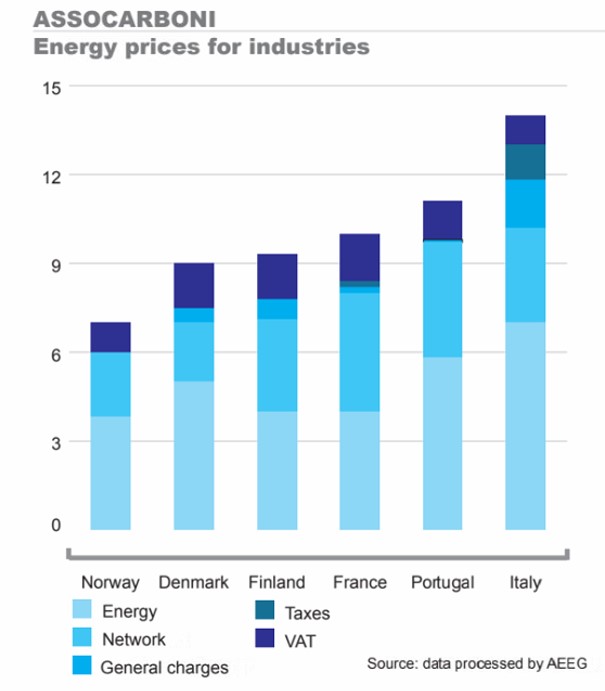 Coal confirmed its leadership as leading fuel for electricity generation also in 2018, accounting for 40% of overall production, followed at a great distance by nuclear and gas: in particular, demand for coal is shifting towards South-East Asia, where emerging economies are in need of a safe and competitive energy source that they have found in coal, as the fuel of choice for economic and industrial development.

Seaborne world coal trade closed 2018 positively with a 3% annual growth (1.239 million tons compared to 1.200 million tons in 2017) and confirming a growing trend leading to a 50% increase in volumes in 10 years, with optimistic forecasts for 2020.

While Europe generates electricity mainly from coal (20%) and from nuclear (26%), cutting the costs of electricity bills by an average 50%, Italy is lagging behind being the only Country in the world without nuclear power and with the lowest share of coal use (10%). (Image 1)

So, to date, the Italian electric system is indeed forced to accept natural gas prices set by foreign gas producers, such as Gazprom, the largest Russian company, or Sonatrach, the Algerian state energy company, operating on the market under oligopoly conditions; furthermore, natural gas imported in Italy is sourced from Algeria and Russia, which are considered highly unstable politically.

This situation is particularly burdensome for industrial and manufacturing companies: according to the latest annual report of the Energy Authority, Italian enterprises are forced to cope with electricity prices which are 30% above the European average, with negative effect on the competitiveness in particular in energy-intensive sectors characterised by high energetic consumptions (such as paper, steel etc.). (Image 3)

Our Country is also affected by infrastructural gaps with regards to the regasification plants: there are currently three terminals, one of which is onshore in Panigaglia and two offshore located off the coast of Rovigo and Livorno, for a total capacity of 15.2 bcma. Italy doesn’t seem to be currently able to support a strategy of sources’ diversification as well as to face a potential energy emergency not provided with appropriate plants: this is the only European exception, in a panorama characterized by countries where the regasification covers an average of 50% of the national consumption. (Image 4)

Furthermore, natural gas reserves are located in a few countries, politically unstable, such as Algeria and Russia. World reserves of coal are geographically distributed in more than 100 countries and its reserves are placed in very different areas also from the point of view of national political stability. Several studies show that security of supply from coal reserves is 2 times better than from natural gas and 3.5 times better than from oil. Coal can guarantee supply for about 160. (Image 5) 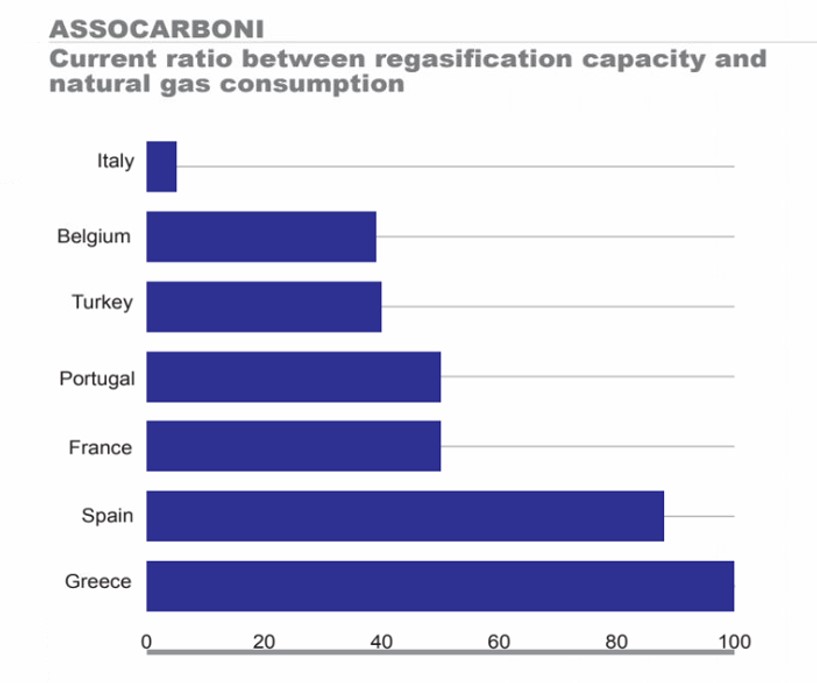 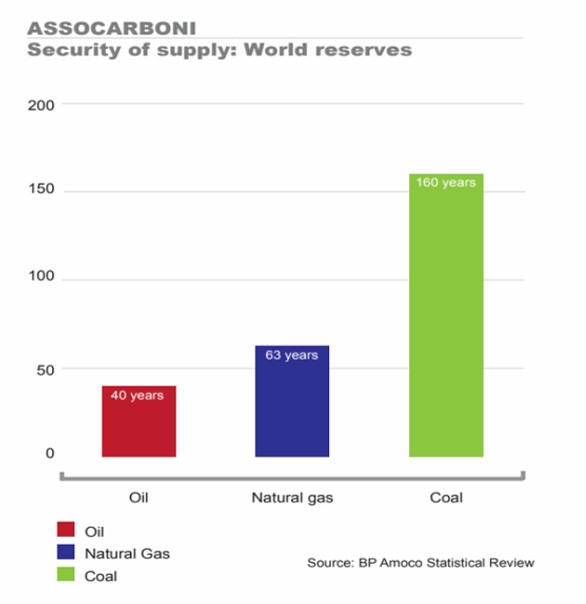